THE CINDERELLAS OF THE WORLD CUP: HOW THE JAMAICA WOMEN’S NATIONAL TEAM CONTINUES TO DEFY THE ODDS

The ultimate underdog story of the 2019 FIFA Women’s World Cup was the Jamaican National Team. Throughout World Cup qualification, Jamaica continued to defy the odds and silence their doubters on a road which took them all the way to the World Cup in France, competing against the best national teams in the world.

Their experiences learning how to build and grow clubs like they did in the ECNL was essential in the success that saw Jamaica qualify for its first ever Women’s World Cup in 2019.

Menzies was approached by Cedella Marley, daughter of the late musician Bob Marley, in 2015 about getting involved with the national team after Jamaica had failed to qualify for the 2015 World Cup. For Menzies, it was an obvious choice to want to get involved and his first call when looking for someone to help him was to Donaldson.

“We always wanted to give back to our country and help grow women’s football,” Menzies said. Both Menzies and Donaldson knew they had a chance to put a program together in Jamaica and by doing so could provide a platform to help young females in the country. 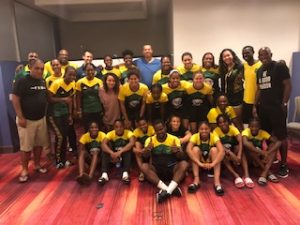 Building Jamaica into a World Cup contender was not as easy as just changing coaches though. Menzies and Donaldson had to do an entire revamp and build the team from the ground up, finding the very best youth players in Jamaica and developing them into a team.

“We started hitting the pavement in Jamaica trying to find the better players,” Menzies said. “We started to build from the younger teams. “We knew that was going to be the core of the national team.”

Donaldson took on the role of coaching the U17s in Jamaica, while Menzies coached the U20s. At this time though, the Jamaican national team was dormant, they were not receiving funding from the federation in Jamaica, and Menzies and Donaldson did not know when or even if they would be part of World Cup qualifying for the 2019 World Cup.

To continue training players during this time and getting them prepared to play in a potential World Cup, both coaches used their resources in the United States to place players around the country where they could continue to train and improve.

“ECNL was a major part because we could scout players,” Donaldson said. “Everything goes hand in hand, because we’re working with all these teams just trying to figure out how we’re going to get the national team together.”

Eventually, Menzies got the call that it was time to put a national team together, and that Jamaica would be participating in World Cup qualification for the 2019 World Cup.

“We got the phone call that we have to put a national team together, which in the back of our heads we were already doing,” Menzies said. 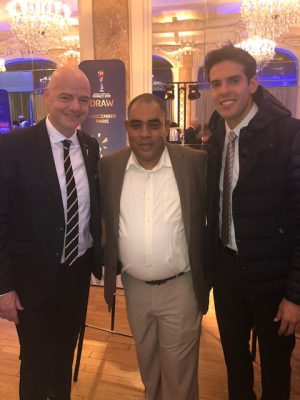 For Jamaica, the road to the World Cup began in May of 2018 where they first had to qualify for the CONCACAF Women’s Championship.

Jamaica thrashed Guadeloupe 13-0 in their opening game, before beating Martinique 3-0 in their second game, setting up a showdown with Haiti, where Jamaica would need just a tie, to advance to the CONCACAF Women’s Championship.

When Haiti scored in the first half, Menzies described the roar from the crowd as that it “sounded like a hurricane coming in.”

Jamaica battled back to tie the game at 2-2 in the second half, and Menzies remembers the crowd being so fierce that he started telling people “if we come out of this place we’re going to have to sprint out of here.”

When the final whistle blew, Jamaica had done enough to get a 2-2 result and advance to the CONCACAF Women’s Championship. The most surprising thing to Menzies and Donaldson though was the reaction from the Haitian fans after the game, who gave the teams a standing ovation for how well both sides had played.

“The Haitian people received us very well, because at the end of the day that’s it, if you play good football, it’s a common language,” Menzies said.

Even with the fans growing, Menzies and Donaldson were still not receiving the full financial support of the Jamaican Federation. “Nobody believed we could qualify, still,” Donaldson said. “You guys are doing the impossible.”

In October 2018, at the CONCACAF Women’s Championship, Jamaica began group play with a 2-0 loss to Canada. The team responded though, with a 1-0 win over Costa Rica and a 9-0 win over Cuba, sending them into the semifinals and a showdown with the United States.

After 90 minutes plus extra time in the third-place game, Panama and Jamaica went to penalties to decide who would be going to the World Cup. “We were clearly the better team, but we just missed chances,” Donaldson said.

Ultimately, Jamaica prevailed 4-2 on penalties sending them to their first ever World Cup.

“It was definitely a goosebump feeling because of all the things that we had been through,” Menzies said. “People saying you’re not going to do it and we’re wasting our time.” 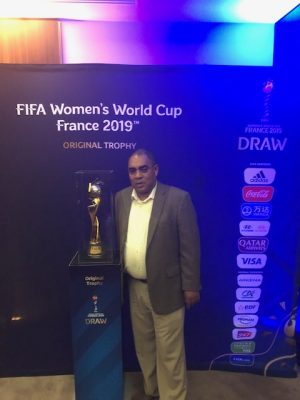 When they got back to Jamaica, Menzies and Donaldson described the celebration as being from one side of the country to the next. While they accomplished their goals on the field, the moment was also bigger than football for the two.

“Qualifying wasn’t the main thing for a lot of us, it was proving that women could do this in our country,” Menzies said. “That was something that was bigger than football that we wanted to accomplish.”

In the first game of the World Cup, Jamaica faced off against Brazil, and the atmosphere was something that left both coaches with an unbelievable experience.

“It was a great atmosphere. Definitely a goosebump type atmosphere for the players, for the staff, with everything we had accomplished,” Menzies said.

“We were the Cinderellas of the World Cup. Everybody was cheering for us.”

Going into their final game, Jamaica was yet to score a goal, and Donaldson pushed hard to change some of the tactics in the final game to help them get one. The moves paid off, as Havana Solaun scored in the 49th minute to give Jamaica their first ever goal at a World Cup.

“It just exemplified what we were there for,” Menzies said. “That one goal was a lot more important to us than we thought. Just scoring a goal and feeling like we accomplished something.”

Following the success at the 2019 World Cup, when it came time to qualify again for the 2023 World Cup, Donaldson was approached to be the head coach.

In June 2022, Donaldson officially took over as the Jamaican head coach, and immediately began preparing them for the 2022 CONCACAF Women’s Championship that was only a month away.

Once again, no one believed Jamaica would qualify.

“Everybody thought it was impossible, except us,” Donaldson said.

Jamaica upset Mexico 1-0 in their opening game, before also getting a 4-0 win over Haiti to again reach the semifinals. Jamaica ultimately ended up in the third-place game again, where they took on Costa Rica, with a World Cup spot and a spot to the CONCACAF Olympic play in on the line.

In the 102nd minute of a 0-0 game, Eclipse SC and ECNL alum, Kiki Van Zanten scored the lone goal of the game that sent Jamaica back to the World Cup, completing the impossible task once again. 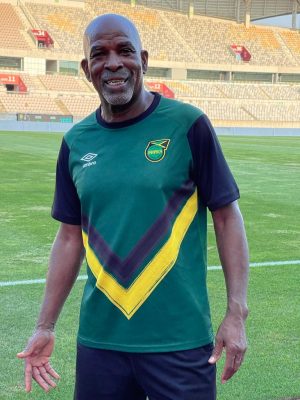 “You feel like you go in there and beat the odds, because this team, they said we were in the group of death and we would never qualify,” Donaldson said.

With the World Cup on the horizon next summer, Donaldson said Jamaica is not looking to just show up this time around, and believes they have the quality and support to compete next summer.

“We have lots of players now who are interested all over the world. So going into the World Cup now the Federation has been very supportive.”

Looking back on their journey to the World Cup, Menzies and Donaldson credited the ECNL for helping them as individual coaches and their teams for reaching such a monumental stage.

“The ECNL has been a true testament to the development of the women’s game,” Menzies said. We brought the best clubs together, the best staff together, and I feel the best competition.”

“The ECNL is such a great platform for the growth of the game, and we credit it for some of the things we’ve accomplished as individual coaches and also helping our teams go to the World Cup.”

As he gets his team ready for another World Cup next summer, Donaldson reflected on what gives him the most pride when he looks back on everything they have accomplished so far.

“I feel like I was given a chance, and this is what I feel proud about, to empower some young ladies,” Donaldson said. “I take pride in watching these young ladies stand there and say we’re going to prove you guys wrong again, and that’s what I take my joy out of.”

“All I’m asking people to do is give them the credit that they deserve.”