“These National Selection Games reward the top youth players in the country with incredible opportunities to test themselves against the highest level competition as they continue to develop throughout the season,” said ECNL Girls Commissioner Jen Winnagle. “The National Selection Games continue the ECNL’s mission to create innovative, player-centric development opportunities for the best American players.”

“National Selection Games are just one piece of the National Selection program that identifies and celebrates the best players in the country,” added ECNL Boys Commissioner Jason Kutney. “These games will bring a unique ‘all-star game’ to each National Event, where many of these top players in the country can showcase their abilities to perform under the healthy pressure of a great crowd, better preparing them for what lies ahead in their soccer careers.” 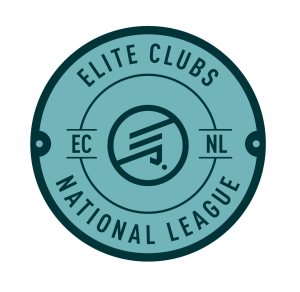 With the announcement of the return of National Selection Games to ECNL programming, the league also is unveiling a new National Selection Program logo, recognizing the elite athletes that participate in these incredible competitions and events.

“This badge will be worn by the best of the best in the ECNL, signifying their selection to a representative program within the league,” said ECNL President Christian Lavers. “From the Super Cup, to the National Selection Games, to the National Training Camp, this mark is recognition of the hard work, dedication, and commitment it takes to perform at the highest level.”

Rosters for the ECNL San Diego and ECNL Arizona National Selection Games in November will be announced at a later date.

The ECNL is the nation’s leading youth soccer development platform. The ECNL respects and celebrates the unique individuality of every youth soccer player and club, supporting and enabling them to unleash their unfettered passion and fierce tenacity in striving to achieve their potential.

The ECNL mission to Raise the Game is a total commitment to create the best possible environment for players, coaches, referees and administrators, with a determination to constantly question convention and challenge the status quo in youth sports.

We will lead, set our eyes on new horizons, and pursue them relentlessly. Born out of the belief in a better way. Continued in the ever-evolving pursuit of excellence.