Since 2017, The ECNL has hosted an annual ECNL Coaching Symposium, an educational event that features top coaching and leadership experts from around the world. Those in attendance receive a collaborative environment to share best practices, resources and tools to continue to innovate and push the game of soccer forward together. 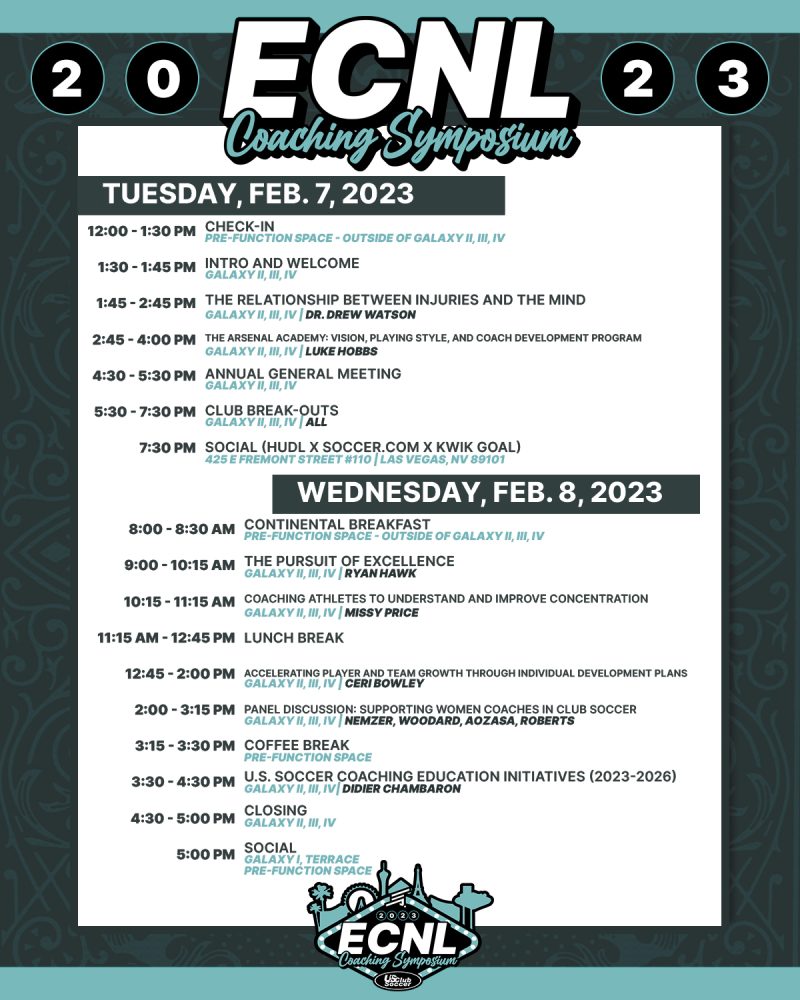 Below are the fantastic speakers that will be presenting in 2023. 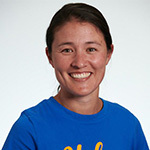 Margueritte Aozasa: Margueritte Aozasa led UCLA to the 2022 Division I NCAA Women’s Soccer National Championship in her first season as a head coach, after six years as an assistant at Stanford University where the team also won two national championships. Aozasa coached club soccer in the ECNL with MVLA for nearly 10 years while with Stanford. She was named to the United Soccer Coaches 30 under 30 Class in 2018. 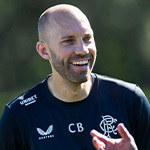 Ceri Bowley: Most recently, Ceri worked as a first team assistant for Rangers FC in the Scottish Premier League and UEFA Champions League. Prior to that, he worked for many years for City Football Group where he led the creation and implementation of the City Football Methodology, which remains in place at CFG clubs across the globe. Bowley holds a PhD in Sports Psychology and Coaching Science, and has worked with Barry Town, the English FA, Swansea City and Merthyr Town in various roles. 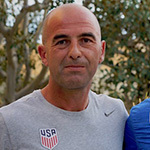 Didier Chambaron: Didier Chambaron is the US Soccer Director of Coaching Education. Prior to this position, he was the US Soccer “A” license Technical Lead. From 2007-2016 he held different roles as Head of Coach Education for the Oceania Confederation, player development and methodology consultant for FIFA, and coach and coach educator for the French Football Federation (FFF). 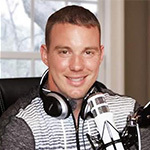 Ryan Hawk: Ryan Hawk is the host of The Learning Leader Show, called “the most dynamic podcast around” by Forbes Magazine and “one of the 5 podcasts to make you smarter” by Inc. Magazine. Hawk is also the author of “Welcome to Management: How to Grow From Top Performer to Excellent Leader” and “The Pursuit of Excellence: The Uncommon Behaviors of the World’s Most Productive Achievers.” Ryan speaks and consults with some of the world’s leading brands. 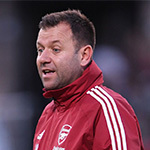 Luke Hobbs: Luke Hobbs is the Head of Academy Coaching for Arsenal Football Club in London. He has worked at Arsenal since 2013 in a variety of roles, including as U9-U12 lead phase coach, and as U12-U14 lead phase coach. Prior to his time at Arsenal, Hobbs was the Center of Excellence Manager and Head of Coaching for Southend United, and the Head of Recruitment and Youth Development for Cambridge United, among other roles. 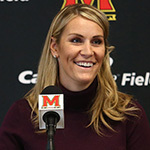 Meg Nemzer: Meg Nemzer just finished her first year as the head coach at the University of Maryland, leading the Terps to their most wins in Big Ten play since 2019. Prior to Maryland, she spent eight seasons as the Associate Head Coach at Rutgers University, helping the Scarlet Knights to two College Cups. At the club level, Nemzer worked for many years with PDA, and in 2015 became the first female head coach to win an ECNL national championship with her U17 team. 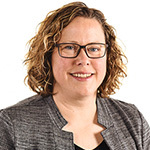 Missy Price: Dr. Missy Price is the Vice President of Women’s Soccer at the USL (United Soccer League). Dr. Price holds numerous coaching licenses and has served as a coach educator for United Soccer Coaches and US Soccer, including the federation’s SheChampions mentor program for women coaches. She has a Ph.D. in sport psychology and brings more than 25 years of experience as a college coach, instructor, consultant, author, and public speaker. 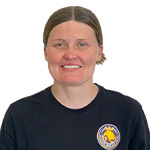 Tiffany Roberts: Tiffany Roberts is the Director of Coaching for Utah Royals FC – AZ, after previously being the Executive Director for Kings Hammer SC (OH) for 8 years and coaching at the University of Cincinnati. She was also an assistant coach for the United States U-17 YNT at the 2022 World Cup in India. 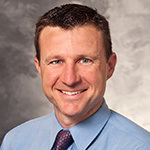 Drew Watson: Drew Watson, MD, MS, is an assistant professor in the Department of Orthopedics and Rehabilitation at the University of Wisconsin School of Medicine and Public Health and a team physician for the Division of Intercollegiate Athletics. He is board certified in pediatrics and sports medicine, serves as the head team physician for Forward Madison FC (USL), as the Chief Medical Advisor for the Elite Clubs National League, and earned his US Soccer “A” license in 2001. He also directs the Watson Human Performance Laboratory, conducting research in both pediatric exercise physiology, as well as injury prediction and the impacts of injuries on well-being and mental health in youth and collegiate athletes. 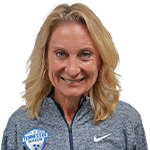 Ronnie Woodard: Ronnie Woodard is the Director of Member Services and Community for Tennessee Soccer Club, as well as a coach for their ECNL and USL W-League programs. She is also a US Soccer Coaching Educator, US Soccer Talent Scout, and a Jill Ellis “She Champions” Mentor, a program designed to retain, encourage, and support female coaches. Previously, she was the head women’s soccer coach at Vanderbilt University and the College of Charleston, as well as an assistant at multiple colleges.

“I think the speakers’ outlook on bringing more education towards coaches and focusing more on the thinking part of the game rather than just X’s and O’s has been incredible. That’s a huge part for us. There are a lot of brilliant-minded soccer coaches here and a lot of being able to listen to how we can help develop a mindset of a player as a coach in that environment. Those topics are very important to our club for our future.” – Dan Naidu, Kansas City Scott Gallagher Director of Coaching

“One of the biggest things I took away from this is culture. It’s about culture versus environment, and how do you ultimately end up with the long game for that sustained culture? To me personally, that’s very important and that’s what I’m going to go back to my club with and really try to emphasize.” – Brent Leiba, Virginia Union FC Head Coach

“We’re always learning as coaches. So we always want to make sure that we push ourselves and study and just be curious about what’s going on out there in the fringes. The atmosphere is very vibrant. You get to see a lot of familiar faces, people that I’ve known from outside the clubs, so just getting a chance to meet them again, meet new faces and to be here in a great facility, it’s awesome.” – Pete Palomino, San Antonio City SC Regional League Director

“I knew the speakers the ECNL had lined up were going to be good, but I didn’t expect them to be that good. They blew me away. All of them have been fantastic presenters. I’m enjoying it. Getting together with your peers and sharing information is huge too because we’re all coaches and we’re trying to strive to be the best. The ECNL’s Coaching Symposium is a great platform for us coaches to continue education in a nice, relaxed way that really fosters learning.” – Lorne Donaldson, Real Colorado National Director of Coaching

“The speakers have been very good, keeping you involved, bouncing ideas off of each other. It’s fantastic that ECNL puts this on for the directors because the ideas shared here filter down and makes an impact in the game of soccer for youth as a whole.” – Joey Hoffman, Eagles SC ECNL Boys Director

“It was a fantastic weekend. World-class speakers and we just can’t stop talking about how much out-of-the-box thinking we’re able to do as a result of these new, innovative ideas that were presented. Now we need to apply them to our environment so we can continue growing and learning.” – Erin Sharpe, Pleasanton Rage Director of Coaching 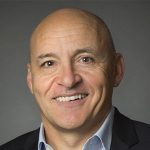 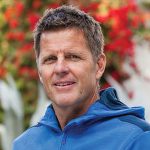 Todd Beane: Todd Beane is the founder of TOVO Training and TOVO Academy Barcelona. He also worked with legendary coach Johan Cruyff to create the Cruyff Institute for Sport Studies. Beane has conducted coaching education and development workshops for some of the biggest clubs and organizations in the soccer world, including Barcelona, Ajax, the KNVB and more. 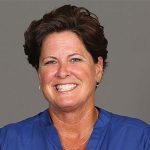 Becky Burleigh: Becky Burleigh is an accomplished soccer coach with more than 30 years of experience. Burleigh was at the helm of the University of Florida’s women’s soccer program for 26 years, coaching more than 600 games for the Gators. She led the team to an NCAA National Championship in 1998, two NCAA College Cup appearances, 14 SEC conference titles and 22 NCAA postseason berths. Burleigh also has coaching experience in the NWSL with the Orlando Pride and in the NAIA with Berry College, where she won two NAIA National Championships. 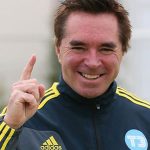 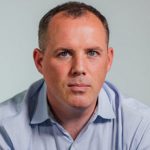 Fergus Connolly: Fergus Connolly is one of the world’s leading experts in team sport and human performance who has worked in professional football, soccer, rugby and with special forces in multiple countries, and the author of the highly acclaimed books “Game Changer – The Art of Sport Science” and “59 Lessons – Working with the World’s Greatest Coaches, Athletes and Special Forces.” 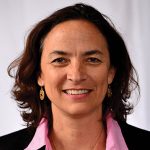 Dr. Cristina Fink: Dr. Cristina Fink is the ECNL Mental Performance Advisor, and a licensed Performance Psychologist who has worked with Olympic Medalists, World Champions, and various professional and national teams. As a former two-time Olympic High Jumper (Seoul 1988 and Barcelona 1992) who held the Mexican High Jump Record with a 6’4’’ jump that stood for 22 years, Fink brings her personal experience to her professional expertise when educating coaches on how to more impactfully work with athletes.

Gari Fullaondo: Gari Fullaondo is the former Director of Methodology at the storied Basque club Athletic Bilbao and now serves as a technical and methodological advisor for La Liga and serves on the Royal Spanish Football Federation’s Committee of Football Coaches. 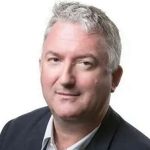 James Kerr: James Kerr is a bestselling writer, speaker and coach who helps leaders create high-performance cultures for elite teams and organizations. He is the author of the global best-seller “Legacy” which provides a unique insight into the most successful sporting team, the All Blacks, and has worked with some of the world’s most exceptional organizations- from Tier One Special Forces to Formula One teams, Premiership Football managers to Olympic athletes, and Google to Spotify to Boeing. 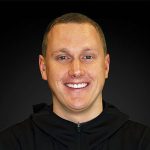 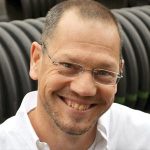 Doug Lemov: Doug Lemov is the ECNL Coaching Methodology Advisor and impactful educator of teachers and coaches. He is the international best-selling author of the international best-seller Teach Like a Champion and of the highly acclaimed The Coach’s Guide to Teaching. Lemov has been an instructor with the US Soccer Federation in their Pro License and other courses, and has consulted with coaches and sporting organizations around the world, including in MLB, the NBA, MLS, and more. 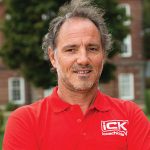 Kris Van Der Haegen: Kris Van Der Haegen is the Director of Coach Education of the Royal Belgian Football Association, a member of the JIRA Panel advising UEFA and UEFA’s member associations on coaching education, and the assistant coach for the Belgian Women’s National Team. 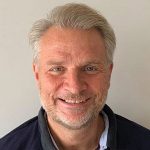 Mark Williams: Mark Williams is a world-leading sports scientist with a focus on expertise and skill acquisition in sport and other professional domains. He is currently a Professor of Kinesiology at the University of Utah, having previously worked in the UK and Australia, and has published almost 500 articles in fields including sports science, psychology, neuroscience, medicine and education. His book ‘The Best: How Elite Athletes are Made’ was published in August 2020, and he has previously delivered courses or services for UEFA, IOC, FIFA, The FA, as well as a multitude of professional sports teams in the Premier League, Premiership Rugby, National Basketball Association, National Football League, Major League Baseball, and several Olympic sports including GB Hockey and Sailing and the US Ski Team.